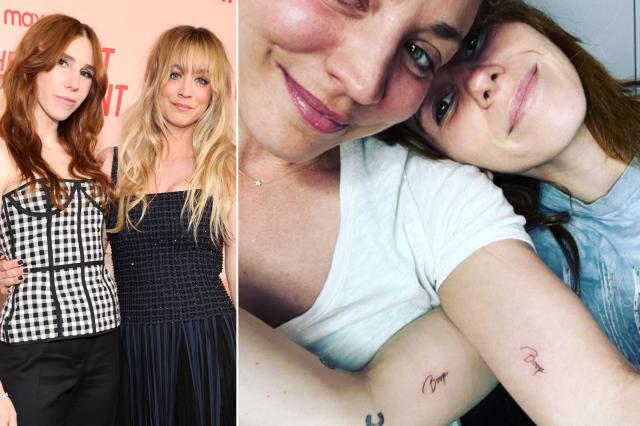 Kaley Cuoco and Zosia Mamet of “The Flight Attendant” have revealed the meaning behind a new shared tattoo they’ve received, saying it was inspired by the first day they met.During a Q&A with E! News’ Daily Pop, the co-stars shared that during their chemistry read for the HBO Max series, they took such a liking to each other that Cuoco gave Mamet a little “boop” tap on the nose.