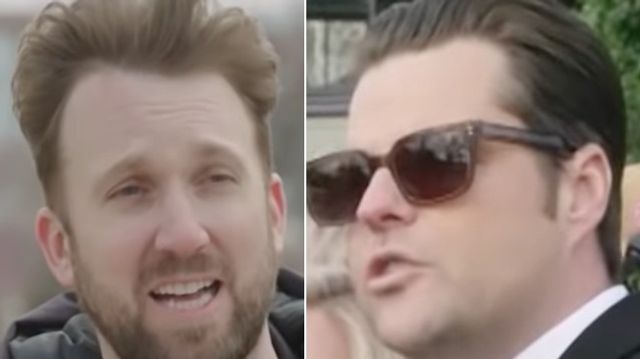 Overnight Editor, HuffPost“Daily Show” correspondent Jordan Klepper returned to Washington last week for the first anniversary of the Jan. 6 assault on the U.S. Capitol by supporters of Donald Trump.He found some marking the occasion in a very unusual way, including Rep. Matt Gaetz (R-Fla.), who has pushed debunked conspiracy theories and other wild claims about the attack on Congress.